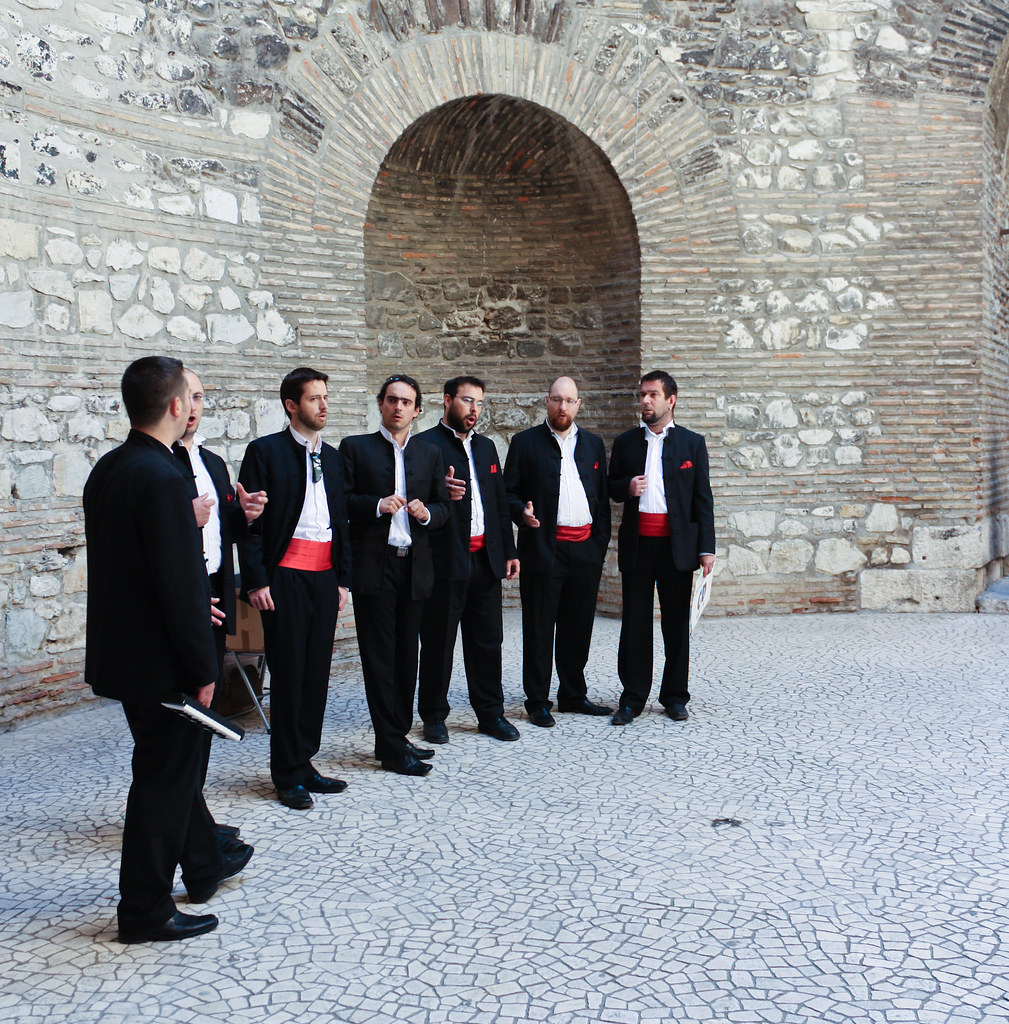 Some years ago we found ourselves in Split, Croatia. It was one of the ports of the cruise my wife and I took through the Mediterranean at that time. There are two distinctive things I remember from Croatia: the sunrise as we were approaching the shore and their a capella singers.

These guys were at the Diocletian’s Palace, in an open tower which magnifies people’s voices. The Roman Emperor built it this way to impress the crowd he was addressing in the square outside. We were standing in that tower, right in front of the singers. It was even better than attending a live opera, their voices and sound magnification was really mesmerizing.