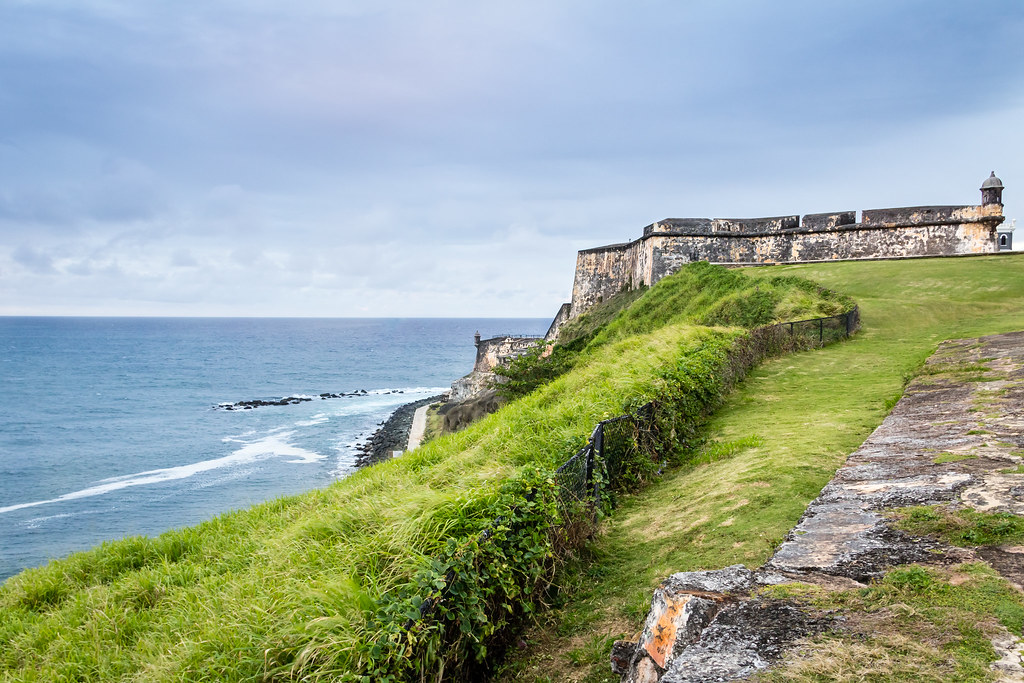 Amongst the great locations and touristic attractions in Puerto Rico, this castle is one of my favorite places in the island. Puerto Rico has been called The Gibraltar of the Caribbean and that’s a fair analogy. These castles took several decades to built and it really shows. It’s one of those things you have to look at from the distance to truly appreciate the magnitude of such an endeavor.

I took this photo south west from the fort, after a long walk from the Paseo de la Princesa promenade. As it’s typical in the Caribbean, it started raining and stopped several times during my walk, so I got there wet, tired and sweating, but it was worth it.